✈ Disneyland: 2-4 Nights at a Choice of Hotels with Disneyland Tickets and Flights*

Included in all options:

See the options list at the end of ‘Getaways Report’ tab.

Please Note: availability at the advertised rates is extremely limited.

Hotel Campanile Val de France is set at the doorstep of the Disneyland Parks and offers complimentary shuttle service to the Park. Children and adults alike can get close up with alpacas, ponies, rabbits, Guinea pigs, sheep, goats and donkeys which roam around the educational mini-farm. The hotel also offers a restaurant, bar, and an outdoor playground area. The en suite rooms feature TVs and private bathrooms.

1-Day 1 Park Disneyland Paris pass suit those with limited time in Paris. The ticket gives customers access to both Disneyland Park and Walt Disney Studios Park for one day, with the ability to hop between both Disney parks, so they can get a thrill of various rides, family-friendly adventures, stunt performances, and getting close up with Disney characters.

Disneyland Park welcomes visitors with conspicuous characters, adrenaline-fuelled adventures, and a hefty sprinkling of fairy dust. Whether being transported into the realm of legendary cartoon characters, or flown into outer space, outlandish characters and imaginative escapades are guaranteed.

Parades throughout the day get dancing feet in action, and fans can meet and greet their favourite characters, even getting an autograph if they are lucky. Each evening will culminate in a dramatic fireworks spectacle, bringing adventurous days to a close with a crackle, a bang and a final dose of enchantment. In addition, Walt Disney Studios Park invites holidaymakers to discover the secrets of animation while watching beloved animation moments and mind-boggling effects at one of the five production zones. The magic of cinema will come to life with numerous shows and parades, while plenty of rides and fun-packed adventure zones will keep adrenaline levels high. Batteries can be recharged at a host of restaurants, cafes and bars, while lovers of the silver screen can indulge their passions at the giant movie theatre.

No modification or cancellation allowed after booking confirmation. Bookings are non-refundable and non-transferable to another destination once confirmed.

Valid for departures between Dec 2019-Jun 2020.
Price per person (pp) based on double occupancy. You must buy 2 vouchers min. to complete booking.
If you want to travel alone, single supplements will apply based on the departure date and time. Please enquire with the Travel Provider at the time of booking.
Validity period depends on option purchased (date and number of nights).

Must book within 7 days from voucher purchase and at least 20 days ahead of departure.
Booking required by phone: 012469696.
Confirmations will be sent out within 3 working days from the date the booking is completed with the Travel Provider.
Limit of 4 vouchers per person. May buy extra vouchers as gifts but not to extend the stay.

Valid for direct flights from Dublin (DUB) or Cork (ORK) to Paris (DUB to BVA, ORK to CDG).
Flight departure points, dates and hours are subject to availability and cannot always be guaranteed. Supplements may apply if specific dates get overbooked. Includes a small piece of hand luggage only. Luggage policy depends on the airline, please enquire with the Travel Provider. Airport transfers and in-flight meals not included. Airport taxes included.
Travel documents to be received up to 1 day before departure. You must go with your boarding pass printed to the airport, at the risk of having to pay additional charges.
Depending on flight schedules and transfers, the first or the last night might not be entirely spent in the hotel.

The hotel is located in Serris and Magny-le-Hongre, France.
Excluded city tax may of €1.88 per person per night; to be paid at the hotel directly.
A valid passport is mandatory.
Valid for stay in a standard room double or twin room for 1 person (sharing the room with another person).

The combination of travel services offered to you is a package within the meaning of Directive (EU) 2015/2302.


Therefore, you will benefit from all EU rights applying to packages. Jetline Travel Ltd will be fully responsible for the proper performance of the package as a whole. Additionally, as required by law, Jetline Travel Ltd has protection in place to refund your payments and, where transport is included in the package, to ensure your repatriation in the event that it becomes insolvent. 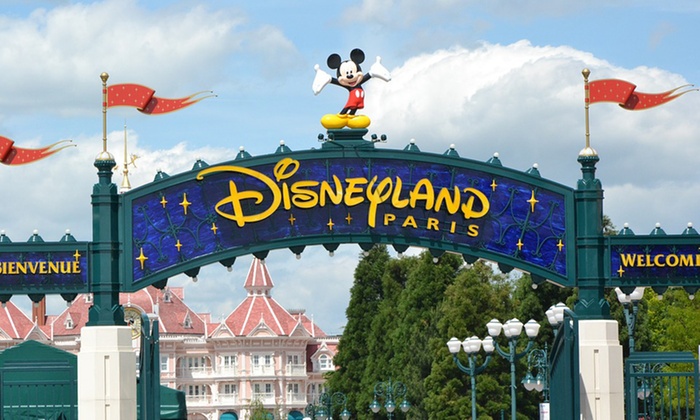 ✈ Disneyland: 2-4 Nights at a Choice of Hotels with Disneyland Tickets and Flights*