✈ Rome: 2-5 Nights at Choice of Hotels with Dublin Return Flights and Optional Tours*

✈ Rome: Up to 5 Nights with Flights

Included in all options:

Please Note: availability at the advertised rates is extremely limited.

The four-star Marc’ Aurelio Hotel awaits guests just a 10-minute ride from the Vatican city. With a metro station nearby, visitors can easily explore the iconic attractions of the Eternal City. After a busy day, guests can unwind and relax in the en-suite rooms featuring TVs and bathrooms. Dining can be enjoyed at the on-site restaurant which serves up a variety of local specialities. Meals can be also followed by some cocktails at the bar.

Housed in a former monastery dating back to 17th century, Occidental Aurelia hotel boasts classic decor, outdoor garden, and convenient access to the city centre. Relaxation can be enjoyed in air-conditioned rooms featuring TVs and private bathrooms, while Mediterranean cuisine is served on site.

This walking tour serves as an opportunity to explore the world-famous artifacts of Rome’s ancient past. Make the most of the priority access to the archaeological site and learn more about the area with the audioguide, take a stroll to the Palatine Hill, believed to be where Remus and Romulus were abandoned, and explore the imposing Colosseum’s first and second levels with a guide, who entertains with tales of gruesome gladiator battles. Head to the Roman Forum to see its ancient ruins like the Temple of Julius Caesar.

Travellers are invited to embark on a journey through art and religious history with skip-the-line escorted entry to the St. Peter’s Basilica, Vatican Museums and Sistine Chapel. Founded in the early 16th century, Vatican Museums are home to the Papal collections of the most renowned classical sculptures and most important masterpieces of Renaissance art in the world. Visitors can see elaborately carved sarcophagi of the Greek Cross Gallery, marvel at the Renaissance masterpieces in the Raphael Rooms and finally tiptoe through Michelangelo’s exquisite Sistine Chapel, the crown jewel of the Vatican.

From famous historic sites to relatively obscure catacombs, basilicas, fountains and museums, the Eternal City has many things to offer, as historic landmarks go hand in hand with the vibrant city nightlife.

Passing through old cobblestone streets and ruins, visitors can catch a glimpse of Rome’s main attractions such as the Pantheon, one of the best kept classical architecture buildings in the world, the iconic Trevi Fountain and the Vatican Museums. Sweeping views over the city can be captured on film and camera from the Spanish Steps, where holidaymakers can unwind over a prosciutto panini or a gelato after a day of exploring numerous shopping centres and bazaars. Nestled beneath the Vatican walls, the Prati district mixes elegant office buildings with high-end boutiques and public squares, while imposing military barracks and Museo delle Anime dei Defunti provides a unique experience. Tourists can also get a taste of a typical Italian night out by visiting local restaurants, bars and clubs and enjoying a classic pizza or pasta. Rome has a Mediterranean climate with hot summers and rainy winters. From June to September the average temperature is 27°C, and may go as high as 30°C in July and August, with ten hours of sunshine a day. October and November are the wettest months of the year, while weather in December is often overcast, cool and rainy, with average temperatures dropping to 10°C.

Option 2: with Dublin flights and choice of one tour

No modification or cancellation allowed after booking confirmation. Bookings are non-refundable and non-transferable to another destination once confirmed.

Valid for arrivals on selected dates from Dec 2019 to May 2020.
Price per person (pp) based on double occupancy. You must buy min. 2 vouchers to complete the booking.
If you want to travel alone, single supplements will apply based on the departure date and time. Please enquire with the Travel Provider at the time of booking.
Validity period depends on option purchased (date and number of nights).

Must book within 7 days from voucher purchase.
Booking required via: online form. Attach your coupon there.
Confirmations will be sent out within 3 working days from the date the booking is completed with the Travel Provider.
Limit of 4 vouchers per person. May buy vouchers as gifts but not to extend the stay.

Valid for flights from Dublin (DUB) to Rome Ciampino (CIA) and Rome Fiumicino (FCO).
Travel documents to be received up to 1 day before departure. You must go with your boarding pass printed to the airport, at the risk of having to pay additional charges.
Depending on flight schedules and transfers, the first or the last night might not be entirely spent in the hotel. Flight departure points, dates and hours are subject to availability and cannot always be guaranteed. Supplements may apply if busy dates get overbooked and you must always purchase the Groupon Voucher first.
Only hand luggage included. Hand luggage policy depends on the airline; for details, please enquire when booking.
Check-in bags can be added depending on carriers' charges. The cost will be advised at the time of booking.
Not included: in-flight meals, transfers.
Airport taxes included.

The hotels are located in Rome, Italy.
€1.50 city tax per person per night applies at Occidental Aurelia and 5% of the room rate per person per night at Marc'Aurelio Hotel, to be paid directly to the hotel.
A valid passport or identity card is mandatory.
Valid for stay in a standard double or twin room for 1 person.

The combination of travel services offered to you is a package within the meaning of Directive (EU) 2015/2302.

Therefore, you will benefit from all EU rights applying to packages. Viva Holidays Ltd will be fully responsible for the proper performance of the package as a whole. Additionally, as required by law, Viva Holidays Ltd has protection in place to refund your payments and, where transport is included in the package, to ensure your repatriation in the event that it has become insolvent.

Viva Holidays Ltd has taken out insolvency protection with Civil Aviation Authority. Travellers may contact this entity or, where applicable, the competent authority at
https://www.caa.co.uk/ATOL-protection/ or https://www.abta.com/help-and-complaints/legal-facts-about-making-a-claim if services are denied because of Viva Holidays Ltd's insolvency.

*Price from €79, per person, based on double room occupancy.
Vouchers sold by Groupon International Travel GmbH.

3.137 ratings
3.1
Average of 37 ratings
35%
14%
11%
3%
38%
100% Verified Reviews
All reviews are from people who have redeemed deals with this merchant.
D
Don
4 ratings3 reviews
Excellent service
Helpful
M
margaret
13 ratings4 reviews
Excellent value
Helpful
S
sheelaghTOP REVIEWERHELPFUL REVIEWER
12 ratings6 reviews
I have not been on break yet as I only redeemed the voucher this week! Maybe it would be useful to send out the survey after the date the holiday is booked for
Helpful
B
BERNADETTE
1 ratings1 reviews
they were very helpful and took time to listen and explained everything to me
Helpful
V
vinay
6 ratings3 reviews
Nothing
Helpful
E
ElizabethTOP REVIEWER
17 ratings12 reviews
Very quick response , was happy to ring me back and accommodate any requests. Very helpful 👍
Helpful
S
stephen
1 ratings1 reviews
Customer service was very good but they called at a time I didn't put down
Helpful
M
Mildred
1 ratings1 reviews
Very helpful to me in booking my break
Helpful
See all reviews
Earned when a user has written 5 or more reviews
Want to earn this badge? Share 3 or more photos
Earned when a user has gotten 2 or more helpful votes
Close
Choose Your Deal Option: 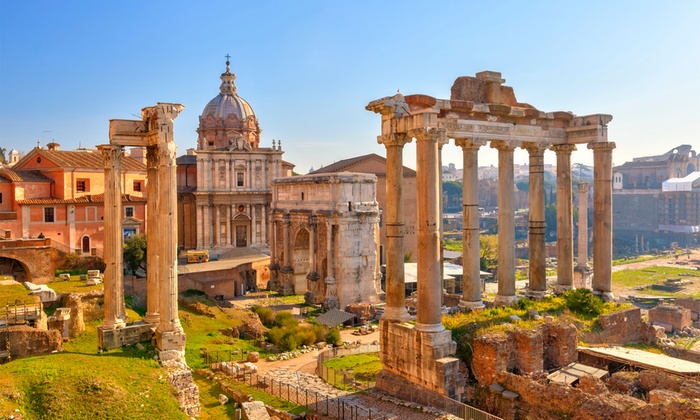 ✈ Rome: 2-5 Nights at Choice of Hotels with Dublin Return Flights and Optional Tours*

100% Verified Reviews
All reviews are from people who have redeemed deals with this merchant.
Close
Grouber